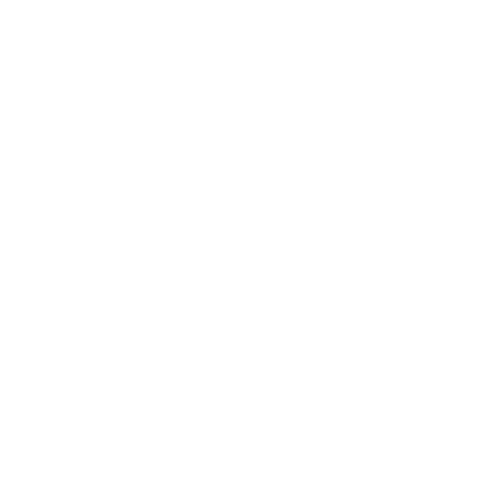 Dr. Kowalski is a third-generation dentist who is originally from Wauwatosa, WI. He attended The University of Wisconsin-Milwaukee where he majored in Biochemistry. Dr. Kowalski eventually graduated from Marquette University School of Dentistry in 2016 and has been practicing around the area ever since. While in dental school, he met his future wife who graduated from Marquette Dental School as well in 2018. In his free time, he enjoys playing golf, attending Marquette basketball games, and playing poker.

When he was younger, Dr. Major observed as his mother endured severe oral health issues and visited countless dentists looking for treatment that would help. Eventually, his mom found a dentist who was able to get to the root of her issues and administered life-changing treatment that led to a more carefree life.
‍
This experience piqued Dr. Major’s interest in dentistry, and his curiosity eventually turned into a passion. He earned his DDS from Marquette University and completed his General Practice Residency at Meriter Hospital.
‍
With Dr. Major’s empathy, skill, and experience, you can rest assured that you’re in good hands. When he isn’t in the office, you can find Dr. Major spending time with family, skiing, camping, and cheering on the Wisconsin Badgers.

Make an Appointment With One of Our Dentists Today

Every member of our team is dedicated to helping you maintain optimal dental health. We genuinely believe in the power of a strong, beautiful smile, so we do our best to provide an exceptional experience and the resources you need to achieve your dental health goals. With our friendly, welcoming approach to dentistry, every patient who walks through our door will feel comfortable and confident in our care. 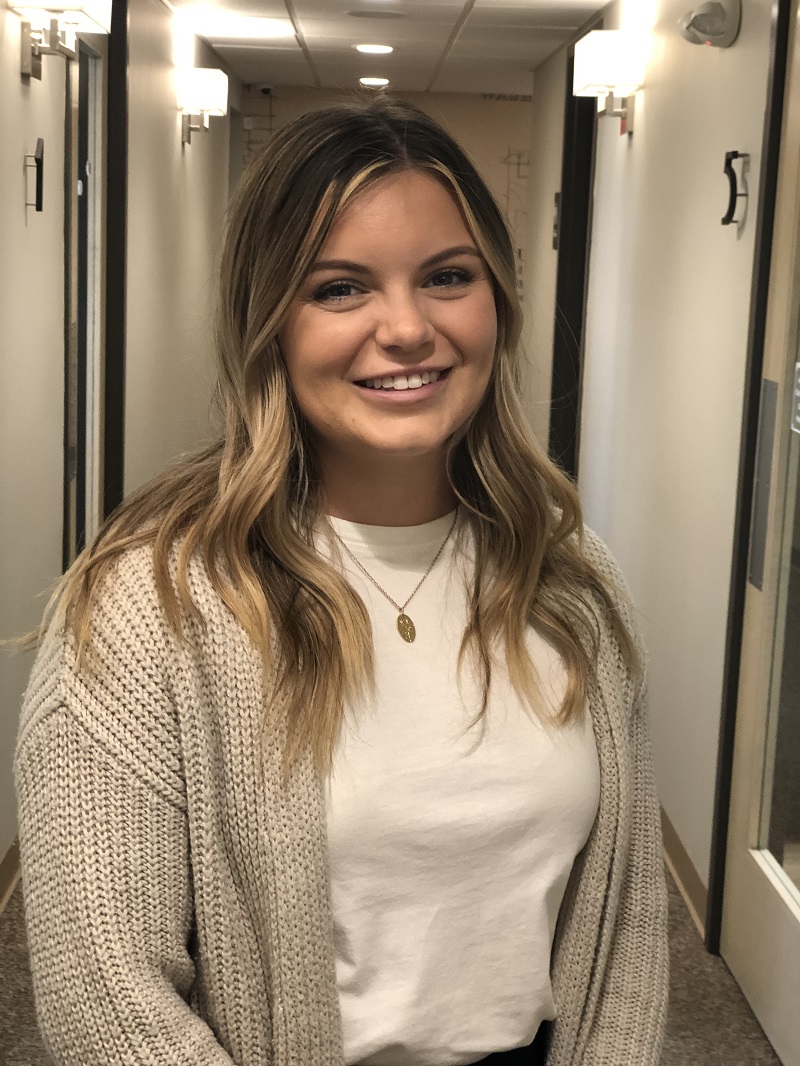 Kristin has lived in Richfield for the past two years. She started her dental career by attending Waukesha County Technical College studying Dental Assisting. Although she isn't working as an assistant, her knowledge and past experience play a big role in her current position. She has already been fascinated by dentistry. In her free time, she enjoys fishing, camping, and spending time with her fiance and their two dogs. 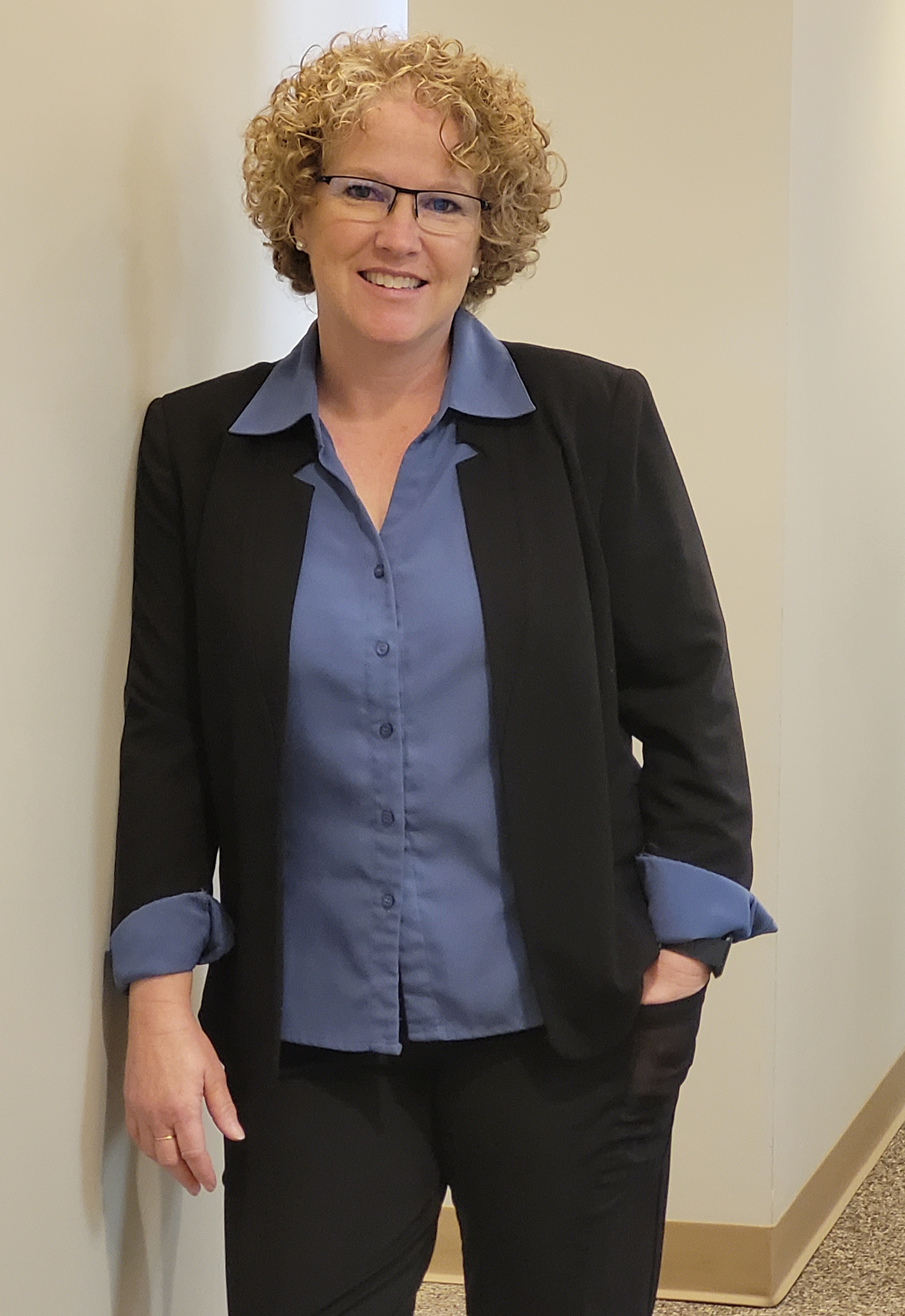 Bobbi Jo offers our patients over 20 years of experience and knowledge in the dental field. She is a team player and sincerely enjoys getting to know people and creating lasting relationships. Bobbi Jo believes continual development and growth leads to a superior patient experience. In her spare time you can find her enjoying time with family and friends, kayaking, hiking, or just relaxing at the lake. 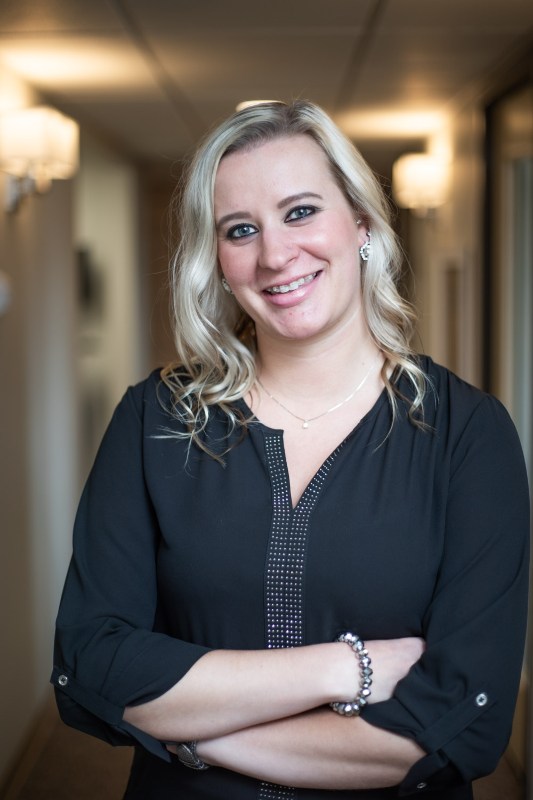 Abby was born and raised in West Bend Wisconsin and has lived here her whole life. Abby has been in the dental field for 5 years and is now proud to be a dental assistant. Abby is passionate about patient care and loves helping people. Outside of the office, she enjoys spending time with her chocolate lab named Hunter and her husband. Abby also spends her free time riding and caring for her two horses. She barrel races her horses during the summer months. 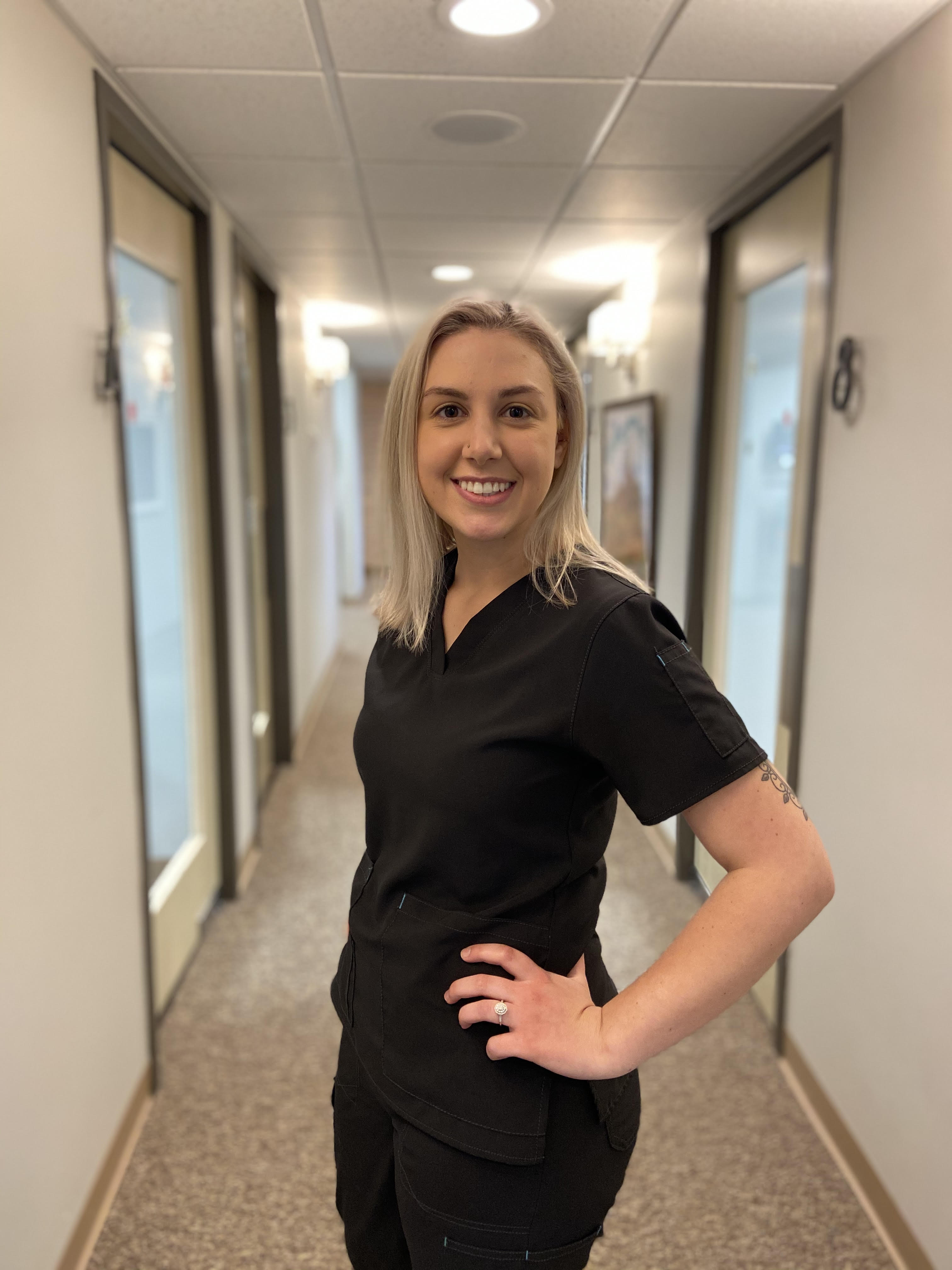 As a proud Jackson, Wisconsin resident, Cheyenne graduated from West Bend East and decided to pursue her dental hygiene career at MATC in Milwaukee. Polishing your smile is Cheyenne’s passion, and making each patient feel welcomed is one of her favorite parts of the job. Cheyenne currently lives in Port Washington with her fiancé Derek and their sweet cat, Mona. When she’s not tending to your smile, Cheyanne loves to bike, hike, and spend time with her family and friends. 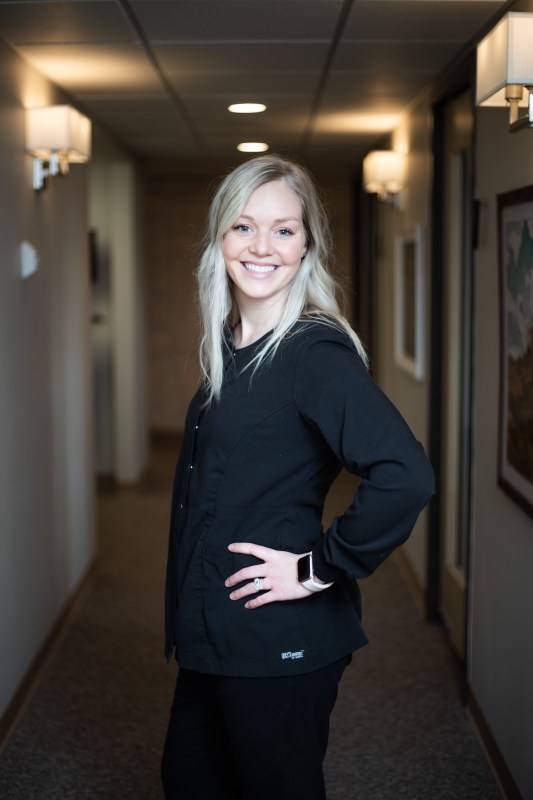 Courtney was born and raised in Sun Prairie, WI. After graduating from Columbus High School, Courtney went on to obtain her Registered Dental Hygienist credentials at Madison Area Technical College. Once she received her license in 2015, Courtney moved to West Bend, WI and has remained in the area ever since. Courtney is married to her husband Beau, and has one daughter named, Wyatt. She also has an English Bulldog named Gruber and a Goldendoodle named Gus. Courtney loves to run, workout, and spend time with family and friends, and enjoys time by the lake in the summer. 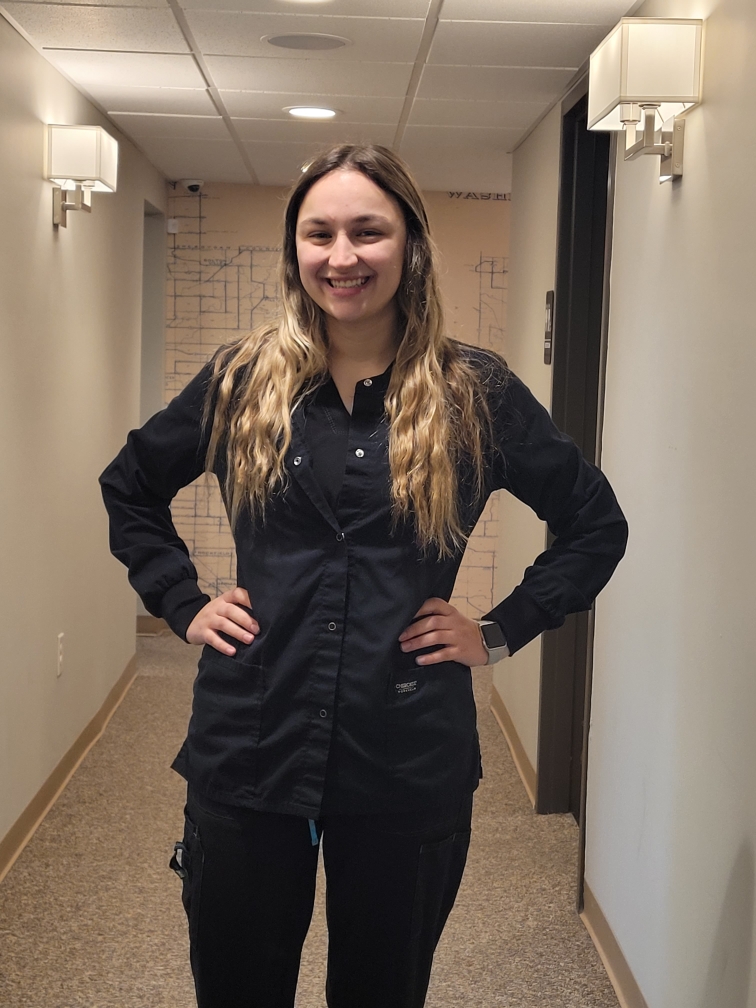 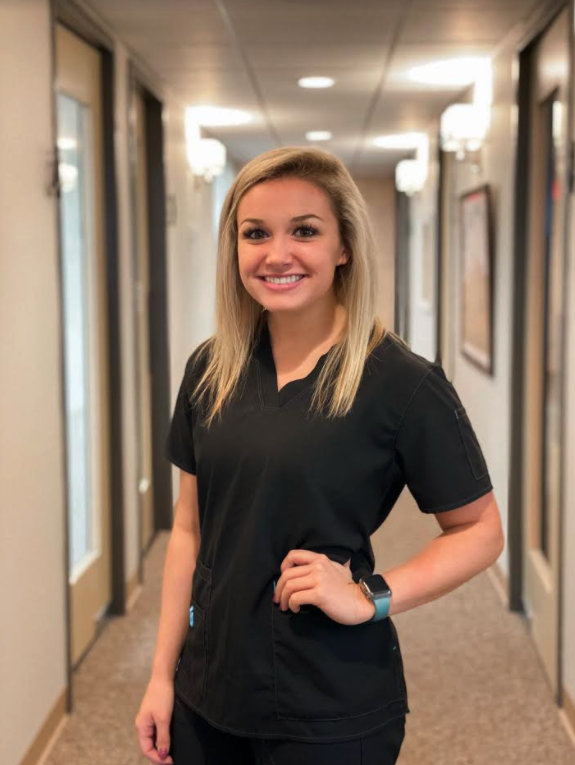 Melissa grew up in small town Howards Grove and has lived in the West Bend area for the past 2 years. She started her dental career 4 years ago. What Melissa enjoys most is getting to know each patient and making them feel welcomed at every appointment. When not working, she enjoys staying active, spending time with her family, and attending Bucks games. 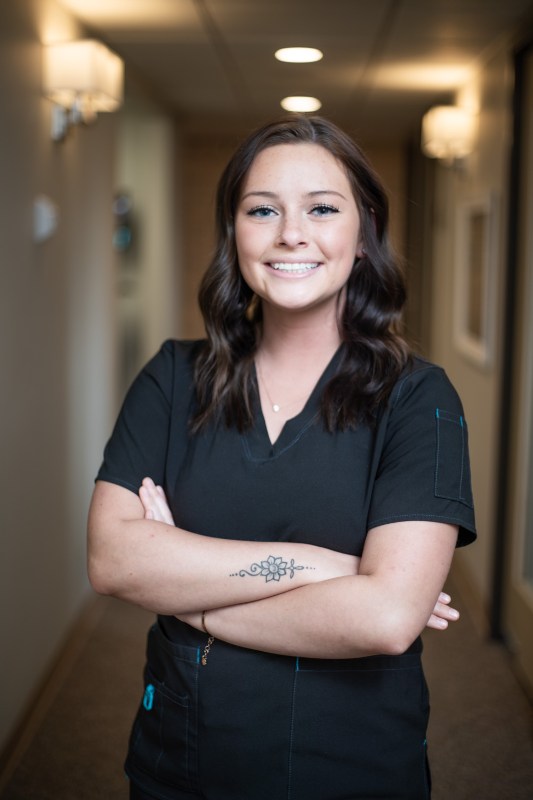 Mckenzie has been a dental assistant for the last few years.  She is currently studying dental hygiene at Waukesha County technical college.  What Mckenzie enjoys most about her role at the practice is getting to interact with each patient and assist in improving her smile.  Outside of work, Mckenzie enjoys spending time with family, friends, and her black lab Gunther.

You & Your Family Deserve Quality Care